Among The Head Hunters

Among the Head Hunters, the 1956 Armand Denis & Michaela Denis (“famous husband and wife world travelers and film makers”) English New Guinea documentary (“Breathtaking Adventures Among the Savages!”) narrated by E.V.H. Emmett. Note that Armand Denis had explored Africa and India in the 1930s with his wife Leila Roosevelt, and had produced and directed many short subjects with footage of their travels that he and his wife had shot themselves. In 1948, the 52 year-old Armand Denis divorced Roosevelt, and married 34 year-old Michaela Holdsworth, and together they made four movies (very similar to those he had made with his first wife). 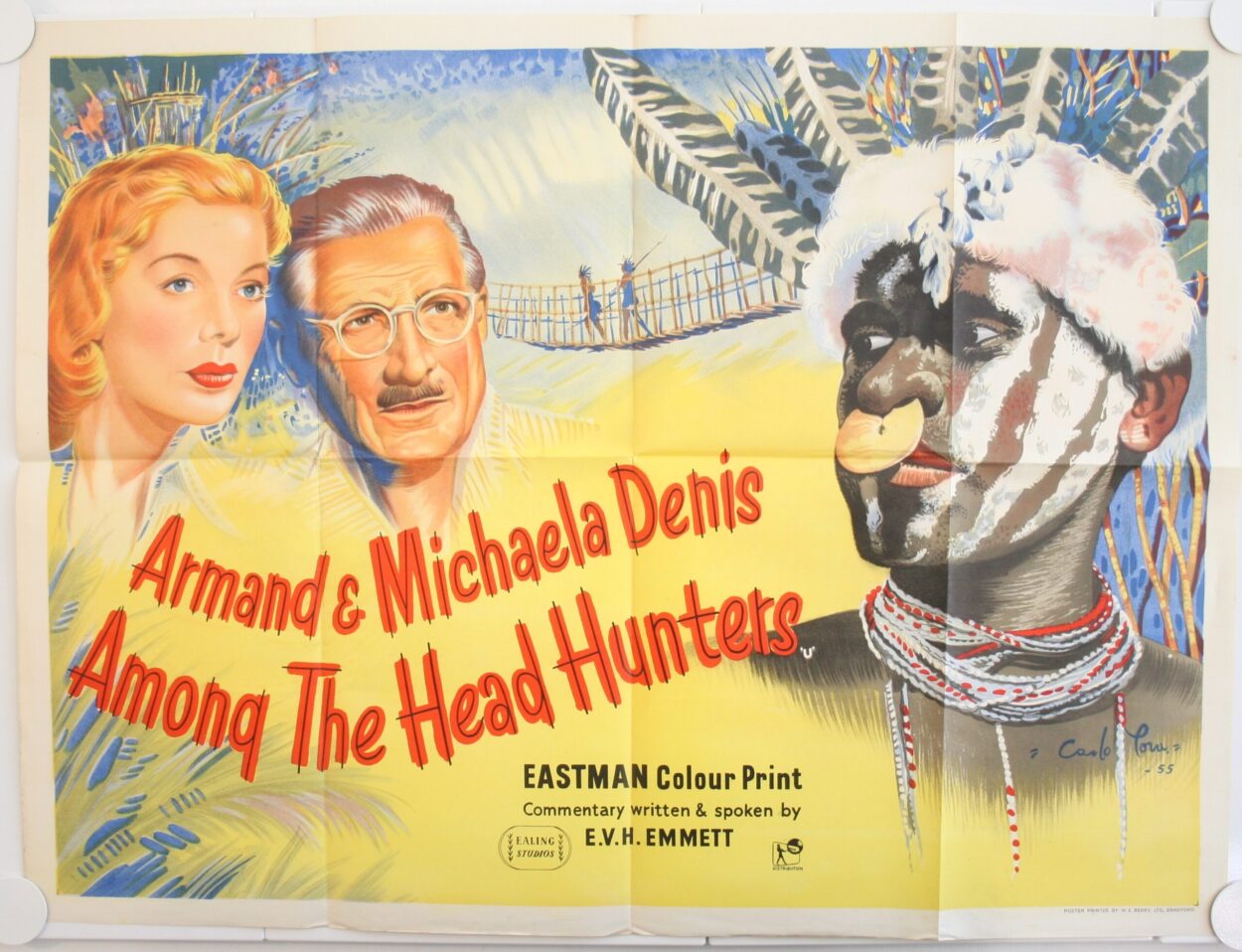 Among The Head Hunters