There are very few films that define important cinematic events as well as this totally unexpected box office sensation from 1960. Jean-Luc Godard’s first directorial effort ushered in an entire pantheon of ‘against the grain’ modes: broken eye-line matches, improvised dialogue, no unnecessary editing, and total location shooting. All elements of the Nouvelle Vauge (French New Wave). 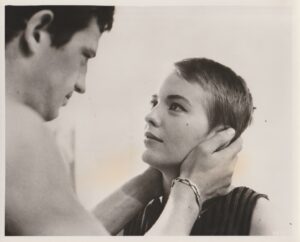