For Them That Trespass Original UK One Sheet

For Them That Trespass (British Pathe 1947).

For Them That Trespass, the 1949 Alberto Cavalcanti English writer novelist melodrama (an odd story of a writer who lives in a slum to get first-hand information for a new novel, and he witnesses a crime, and lets an innocent man be convicted for it because he doesn’t want to reveal that he was living there!) starring Stephan Murray, Patricia Plunkett, Rosalyn Boulter, Michael Laurence, Joan Dowling, and Richard Todd (billed as “Introducing Richard Todd” 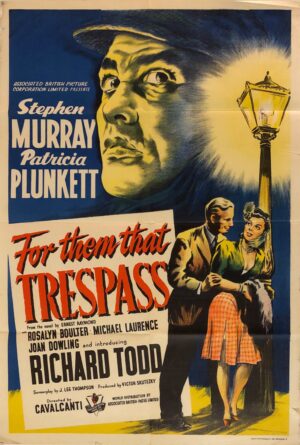 For Them That Trespass Original UK One Sheet