East of Eden (Warner Brothers, 1955). This was the debut film that brought James Dean to the attention of the world and was the only film that was released while he was still living. The screenplay was based on the final portion of John Steinbeck’s great novel of the same name.

Slight warping of the paper. 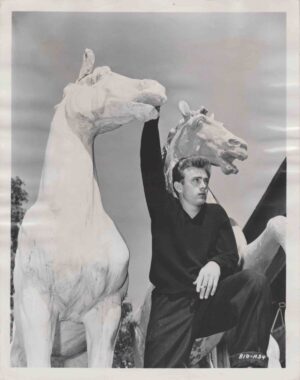