Love In The Afternoon French Poster

L’ Amour l’apres-midi (released in the U.S. as “Chloe in the Afternoon” and also released as “Eric Rohmer’s Love in the Afternoon”), the classic 1972 Eric Rohmer (“The creator of ‘My Night at Maud’s’ & ‘Claire’s Knee'”) French romantic melodrama (“The new love story from Eric Rohmer”; “Selected to open the 10th New York Film Festival”) 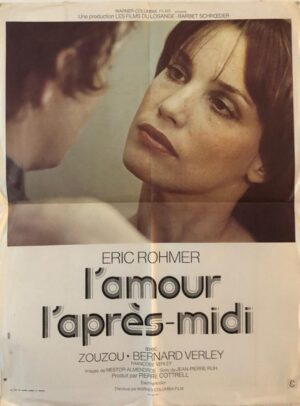 Love In The Afternoon French Poster