Magnum Force US One Sheet

It was the first sequel to Dirty Harry, and Clint Eastwood reprised his role as Detective Harry Callahan, this time trying to find someone who is murdering evil people who have escaped the justice of the courts. When he finds out it’s other cops, he suddenly becomes the hunted one. This international one sheet, which uses the same image of Eastwood that’s on the USA one sheet, but also features other elements and vignettes from the film. It also adds some much needed color that was absent from the US one sheet. 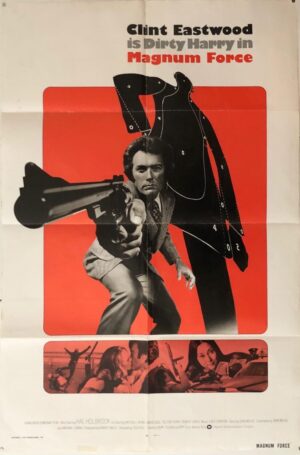 Magnum Force US One Sheet