Burt Lancaster was given the lead role as Swede Andersen in this adaptation of Ernest Hemingway’s short story about a boxer who gets mixed up with the mob. Ava Gardner set the standard for film noir femme fatales! Director Robert Siodmak directed the picture with all the shadow and grit that his training in the German cinema could deliver. 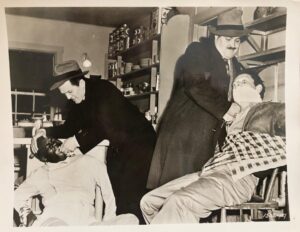